Bio Info from the Schomburg Center for Black Research/NYPL 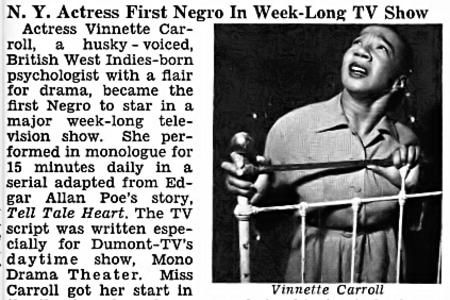 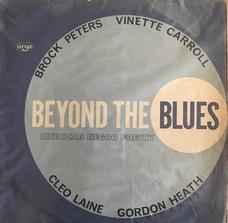 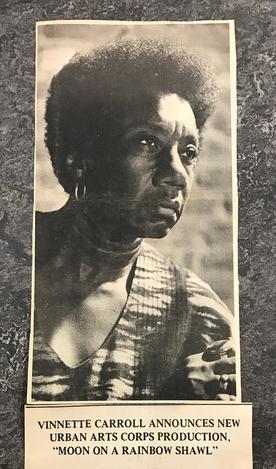 Vinnette Carroll was born in New York city, on March 11, 1922, but spent most of her childhood in Falmoth, Jamaica. During the 1930's, after Carroll and her sister had rejoined their parents in New York City, the family moved to Sugar Hill, Harlem. In 1944 she earned a B.A. from Long Island University, where she had enrolled after graduating from Wadleigh High School in Harlem.

She then went on to earn an M.A. from New York University. From 1948-1950, Carroll was a student in Columbia University's doctoral psychology program, where she completed the required course work. At the same time, she was studying acting with Lee Strasberg at the Actors studio. This experience prompted Carroll's decision to change careers and she went full time into the performing arts. She also studied acting with Edwin Piscator at the New School of Social Research and from 1954 to 1955 she studied with Stella Adler.

Ending her career as a clinical psychologist at the New York City Bureau of Child Guidance in the early 1950's, Carroll choose to join the faculty of the High School of Performing Arts, a school in the New York City Public school system, where she taught drama from 1955 through 1966. She also acted as a consultant for the New York State Council of the Arts and was a key person on the Council's Ghetto Arts Program, out of which the Urban Arts corps emerged. She was also a working actor during the same period, 1955-1966.

As an actor Carroll appeared on Broadway in Small War on Murray Hill, Jolly's Progress and as Fatateeta in Caesar and Cleopatra with the Group 20 Players at Wellesley, Mass.

In films she can be seen as the grandmother in One Potato, Two Potato and a mother in Up the Down staircase, in Alice's Restaurant and The Reevers.

In London she starred in Member of the Wedding for Grenada T.V., and directed and acted in several specials for Associated Redifussion. She also starred in the 1959 London stage production of Moon on a Rainbow Shawl, and won an Obie Award for Distinguished Performance
in the New York production of Beyond the Blues on CBS' stage program, as well as a Ford Foundation grant for directors. Some of her early productions included dances choreographed by Alvin Ailey.

Carroll [ended her career as] the producing artistic director of the Vinnette Carroll Repertory Company, a church affiliated theater, located in Fort Lauderdale, Florida and built in Carroll's honor.In 1994 she directed her own version of Eden by Steve Carter.